This page contains information from the Greater Manchester Cancer Oesophago-gastric Pathway Board and the work they are undertaking. If you are affected by oesophageal or stomach cancer, or you are worried about symptoms, please visit one of the links below.

Javed Sultan started his consultant career in 2014 at Guildford, to help expand and develop the regional oesophago-gastric cancer unit for Surrey. He was a Consultant Surgeon at the largest internationally renowned Northern Oesophago-Gastric Cancer Unit (Newcastle upon Tyne) prior to his appointment at the Royal Surrey County Hospital.

Mr Sultan trained in Newcastle upon Tyne and graduated from medical school in 2001 (MBBS). He undertook 2 years of research in oesophageal and stomach cancer. He passed with commendation for the Degree of Doctorate of Medicine and was nominated for the Medical Sciences Doctoral

Thesis Prize. In 2011, Mr Sultan was awarded the Association of Surgeon’s Gold medal and Prize as the top candidate out of 130 in the UK at the Intercollegiate examination in surgery (FRCS). He spent 27 months as the senior trainee at the Northern Oesophago-Gastric Cancer Unit in Newcastle upon Tyne and was trained by Professor SM Griffin OBE at the largest oesophago-gastric cancer unit in the UK. Mr Sultan has also excellent experience at bariatric surgery and has been trained by Mr P Small at the Sunderland Royal Hospital. He also spent time with Profesor JD Luketich at the University of Pittsburgh Medical Center (UPMC) learning the technique of Minimally Invasive Oesophagectomy (MIO) which is a keen interest of his for the future. Mr Sultan has been awarded 7 other prizes, has presented research both nationally and internationally.

In June 2018, he relocated to the Salford Royal Hospital, in Greater Manchester, to continue his passion of oesophago-gastric cancer and weight loss surgery. An excellent career opportunity arose due to the recent merging of services in Manchester, making Salford the largest oesophago-gastric centre in the UK, serving a population of 3.2 million. Mr Sultan wishes to develop enhanced recovery, prehabilitation and weight loss surgery further. He was appointed the OG Clinical Director for Greater Manchester Cancer in November 2019. 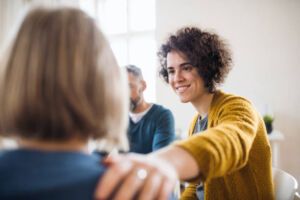 Visit GatewayC to view the webinar.

Alternatively, you can view the “Fast Facts” video below, or download our useful lung cancer infographic. 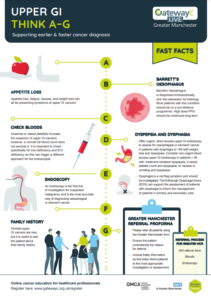 Do you want to be the first to know about what's on in Manchester?

Greater Manchester Cancer will let you know of upcoming education and engagement events across GM.

Select your preferences and sign up here!
Page load link
We use cookies on our website to give you the most relevant experience by remembering your preferences and repeat visits. By clicking “Accept”, you consent to the use of ALL the cookies.
Cookie settingsACCEPT
Manage consent

This website uses cookies to improve your experience while you navigate through the website. Out of these, the cookies that are categorized as necessary are stored on your browser as they are essential for the working of basic functionalities of the website. We also use third-party cookies that help us analyze and understand how you use this website. These cookies will be stored in your browser only with your consent. You also have the option to opt-out of these cookies. But opting out of some of these cookies may affect your browsing experience.
Necessary Always Enabled
Necessary cookies are absolutely essential for the website to function properly. This category only includes cookies that ensures basic functionalities and security features of the website. These cookies do not store any personal information.
Functional
Functional cookies help to perform certain functionalities like sharing the content of the website on social media platforms, collect feedbacks, and other third-party features.
Performance
Performance cookies are used to understand and analyze the key performance indexes of the website which helps in delivering a better user experience for the visitors.
Analytics
Analytical cookies are used to understand how visitors interact with the website. These cookies help provide information on metrics the number of visitors, bounce rate, traffic source, etc.
Advertisement
Advertisement cookies are used to provide visitors with relevant ads and marketing campaigns. These cookies track visitors across websites and collect information to provide customized ads.
Others
Other uncategorized cookies are those that are being analyzed and have not been classified into a category as yet.
SAVE & ACCEPT
Skip to content
Go to Top